In 1762, aged 66, the Venetian artist Giambattista Tiepolo left his home city for Madrid to begin the final chapter of his glittering career. He had been invited by the Spanish king, Charles III, to decorate the ceiling of the Throne Room, one of the key ceremonial spaces in the new Royal Palace. Tiepolo’s huge fresco, usually known as The Glory of the Spanish Monarchy, is still a star attraction for visitors to the palace today.

Shortly before leaving Venice, Tiepolo had been quoted in a local newspaper, La Nuova Veneta Gazzetta, as saying that a “painter’s mind must always aim at the sublime, the heroic and for perfection”. These words serve as an artistic credo for one of the great painters of the 18th century.

He was also one of the most in-demand. Tiepolo received commissions from eminent families and religious orders across Italy, as well as from royal houses in Spain, Sweden, Russia and Germany. He executed hundreds of oil paintings and literally acres of fresco. 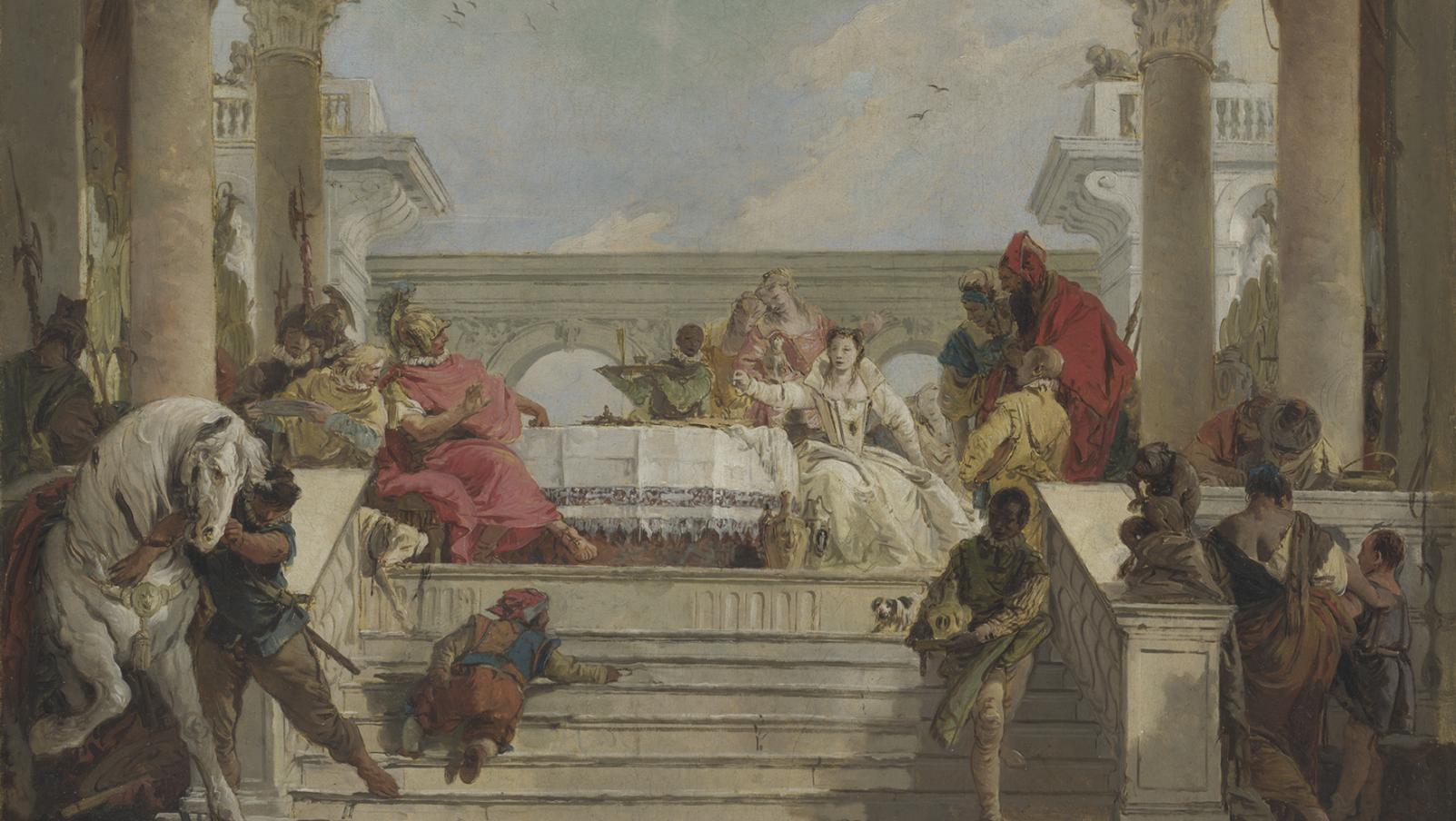 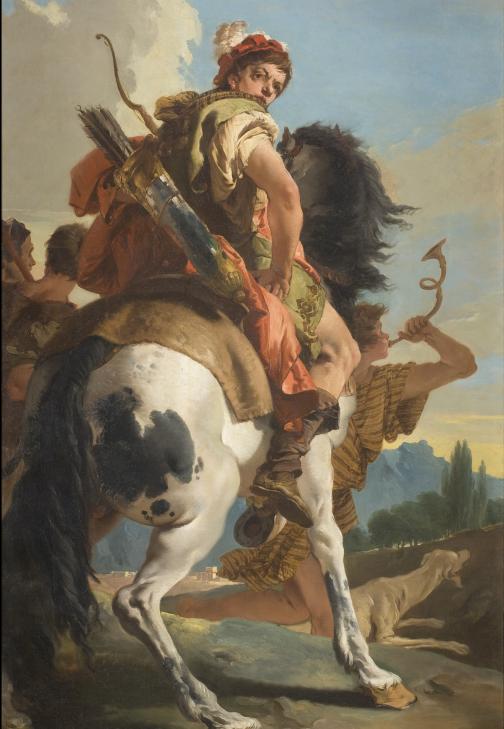 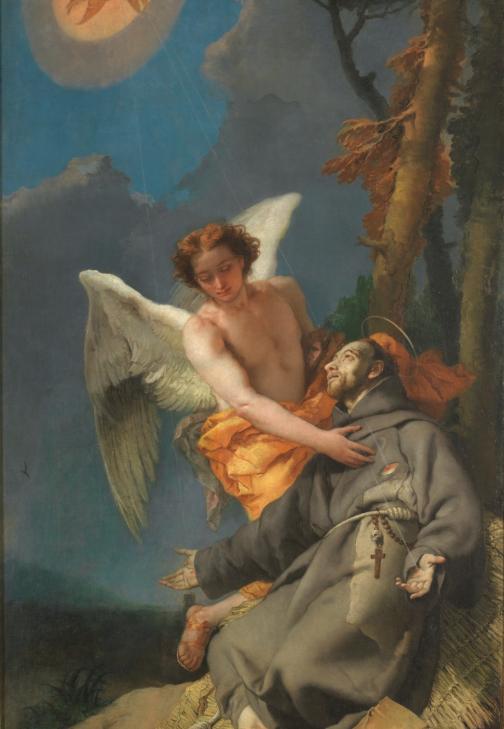 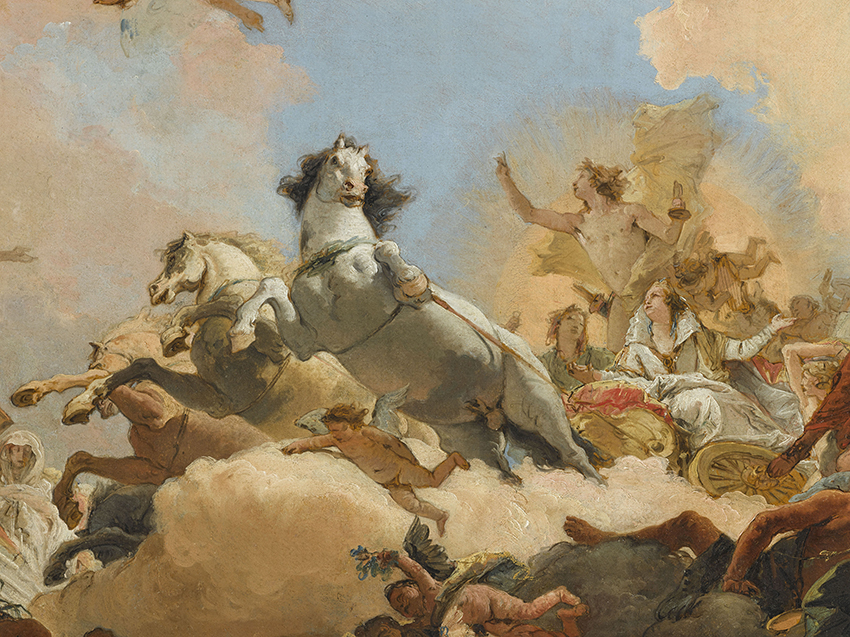 Tiepolo. Venezia, Milano, l’Europa, an exhibition marking the 250th anniversary of the artist’s death in 1770, is currently being held at the Gallerie d’Italia in Milan, under the patronage of the Presidency of the Italian Republic and in partnership with the Gallerie dell’Accademia in Venice.

“Tiepolo was among the finest spreaders of artistic splendour across Europe,” says the exhibition’s co-curator Alessandro Morandotti.

“
“He worked in tune with the ambitions of the time, creating extraordinary compositions on palace ceilings to celebrate the virtues and glories of the great European courts, which then were the main patrons of artists.”
”

The exhibition covers the whole of Tiepolo’s career, from his early training in the workshop of Gregorio Lazzarini in Venice through to his final years in Spain. An imaginative storyteller and undisputed master of the rococo, he created theatrical scenes filled with beaming light, luminous colour and buoyant, airborne figures.

The Gallerie d’Italia is a museum run by Intesa Sanpaolo, Italy’s biggest bank, on Milan’s Piazza Scala, and this is the first ever major show dedicated to Tiepolo in that city.

This is somewhat surprising, given that he spent pretty much the entire 1730s working there. “Milan was absolutely central to his story,” says Morandotti. “After his initial successes in Venice, this was the first place he received commissions from really important clients – such as Carlo Archinto, the noble scholar for whom he frescoed [five] ceilings in the Palazzo Archinto. The decade in Milan marked a decisive turning point in his career and a springboard for his international fame.”

As its title suggests, the exhibition explores Tiepolo’s years in Milan in some depth. Tragically, all the Palazzo Archinto frescoes were destroyed by Allied bombing in the Second World War. However, the show will include an oil sketch – on loan from Lisbon’s Museu Nacional – of the largest fresco, Triumph of the Arts and Sciences, which championed Archinto’s erudition.

"Tiepolo exported the splendour of Italian art to Europe. This fits perfectly with Intesa Sanpaolo’s place as an Italian bank with a strong international vocation"

Because of constraints brought about by the coronavirus pandemic, a few works from US institutions didn’t make it into the exhibition as planned. But visitors are still able to enjoy loans from several other international collections, such as the National Gallery in London, Museo del Prado in Madrid and the Kimbell Art Museum in Fort Worth.

The show features around 70 works in all, in addition to digital projections of Tiepolo’s famous frescoes in Madrid and Bavaria (at the Würzburger Residenz). According to Fernando Mazzocca, Morandotti’s co-curator, however, “some of the highlight exhibits are actually works which are little known to the public and will hopefully come as something of a revelation. The frescoes from the Basilica of Sant’Ambrogio, for example.”

The basilica in question is a Milanese church from which two Tiepolo frescoes were removed in the 19th Century. They now appear (after a fair amount of conservation work) at the Gallerie d’Italia.

“
“Intesa Sanpaolo is proud to stage this exhibition featuring Tiepolos that count among the highest expressions of Italian painting”, says Michele Coppola, the bank’s Executive Director of Art, Culture and Historic Heritage.
” 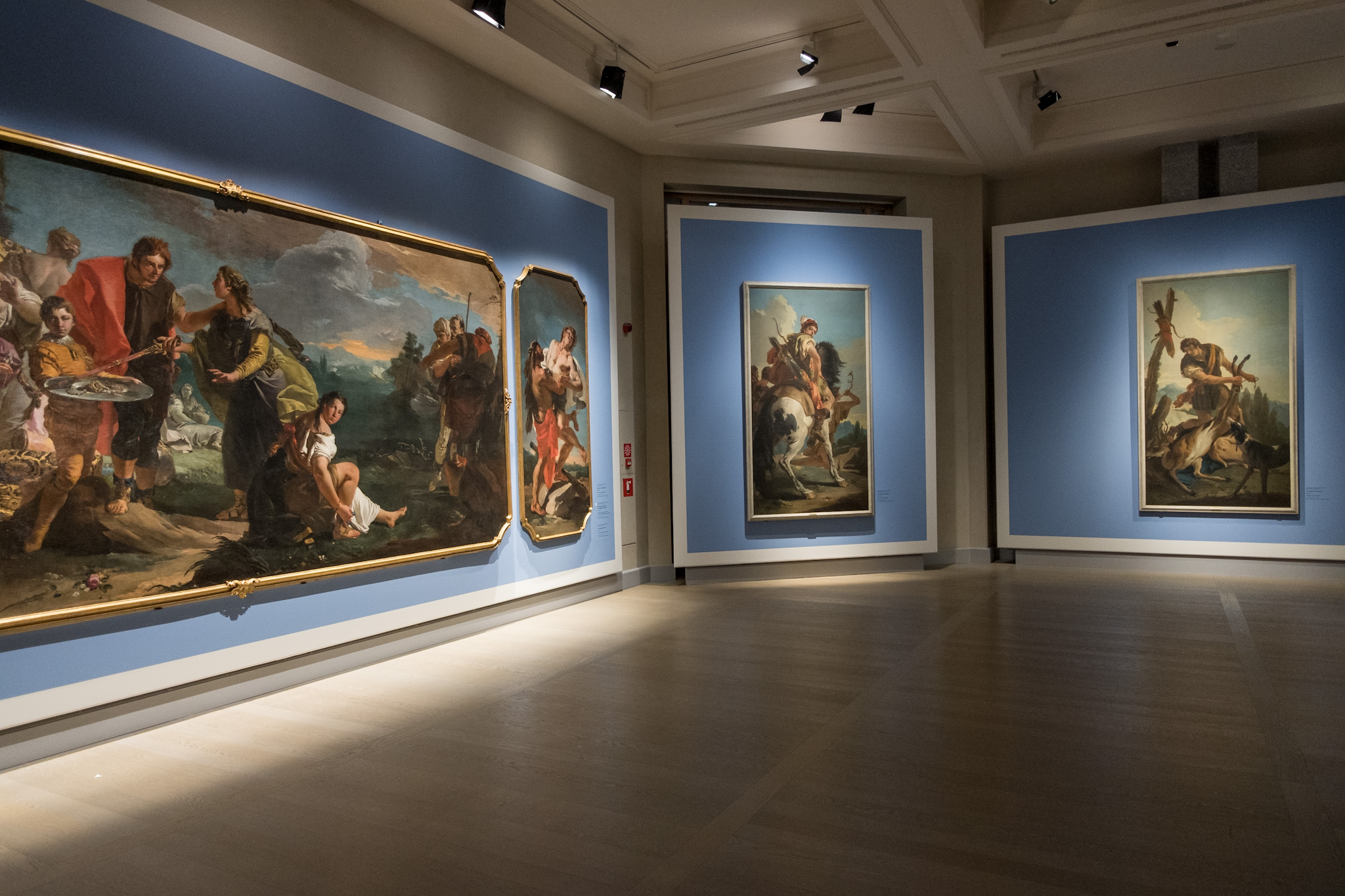 “Advancing knowledge of Italian masters is one of the key elements of Progetto Cultura, [Intesa Sanpaolo’s policy of] promoting cultural richness as a lever for growth on a social level to accompany that on an economic level.

“Giambattista Tiepolo – like the subjects of other exhibitions at the Gallerie d’Italia in Milan in recent years, such as Canova, Bernardo Bellotto and Canaletto – exported the splendour of Italian art to Europe. This fits perfectly with Intesa Sanpaolo’s place as an Italian bank with a strong international vocation.”

Tiepolo’s paintings are often seen as marking the end of an era, created for the greater glory of the church, aristocracy and royalty in a last hurrah of the ancien regime – before revolutions, both political and industrial, swept that glory away.

Fernando Mazzocca, Co-curator of the exhibition

"Tiepolo was among the finest spreaders of artistic splendour across Europe"

Alessandro Morandotti, Co-curator of the exibition 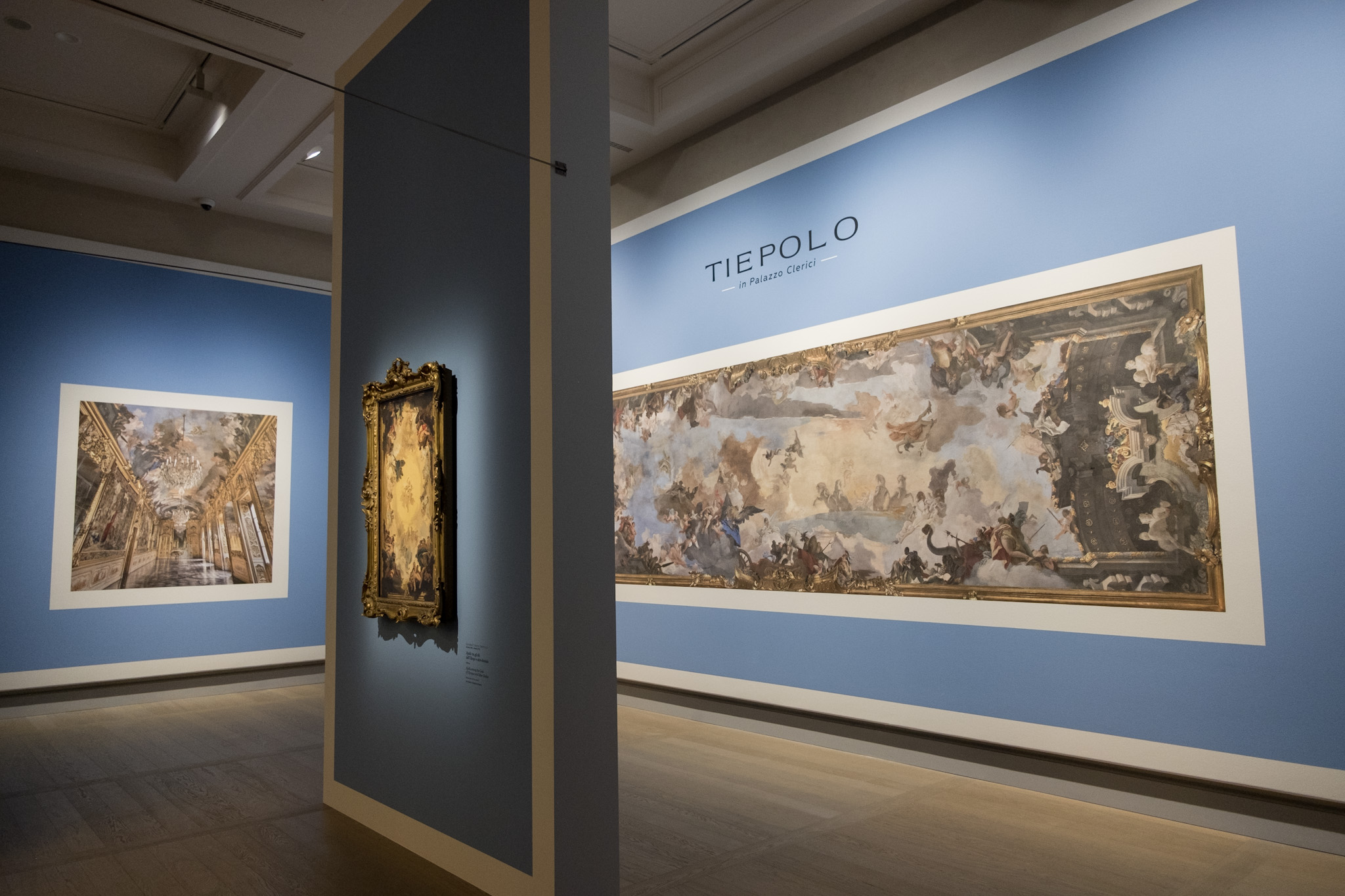 Tiepolo. Venezia, Milano, l’Europa runs at the Gallerie d’Italia, Milan, until 2 May.

A virtual tour of the exhibition is available here.


We are available for online chat every weekday from 7 am to 9 pm and on Saturdays from 8 am to 12 pm. By clicking on the button you confirm your acquaintance and agreement with the o policy on Personal data protection